06 May 2014 by Ginny Vitiello
Research & Technology

A study by Susan Sonnenschein and colleagues published in NHSA Dialog investigated just this among Spanish-speaking dual language learners whose teachers used very little Spanish. They looked specifically at Language Modeling, which captures the level and frequency of conversations, use of open-ended questions, and repetition and extension of utterances, among other aspects of language use. They wanted to know whether Language Modeling was associated with gains in children’s early literacy and math skills.

I wanted to highlight two main takeaways, although the full paper deserves a read. Language Modeling significantly predicted vocabulary gains among dual language learners. Vocabulary, in turn, predicted gains in phonological awareness and math skills. In other words, Language Modeling did not directly predict the two outcomes, but it had an indirect effect through gains in vocabulary:

The authors concluded, in part, that children need a basic level of English vocabulary in order to make gains in other domains that require language.

It’s great to see that Language Modeling, even mostly in English, can have a positive effect on the vocabulary skills of dual language learners, and that those effects transfer to other areas of learning. It doesn’t change the fact that these children are best served where their needs can be met in both languages, but given the challenges, this seems like a positive sign. 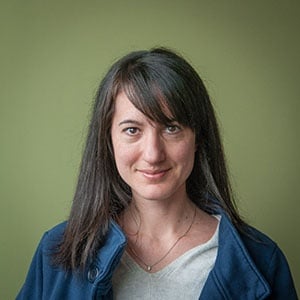 Impacting the Classroom: A New Podcast Focused on Big Topics

We often talk about the stressors educators face within the classroom - from tantrums to a lack of time for planning. But, what external factors are impacting educators, and what can we do to change them to create more meaningful learning experiences? We are excited to introduce our new podcast, Impacting the Classroom, to talk about these big topics in education.

Join our hosts, Darlene Estes-Del Re and Marnetta Larrimer as they bring together the researchers, policymakers, and educators who are making an impact in the field. Our first episode lays the groundwork for some of the larger themes that we'll dive into further over the next few weeks. Episodes are released biweekly and can be found on most major podcast platforms. Listen and subscribe today!