What to Do about Persistent Scripters

Many participants in CLASS observation trainings show up with substantial classroom observation experience. Most other observation tools lend themselves to chronologically scripting, or writing down observations of events or interactions in the order in which they occur. This is the way most people are used to taking notes in other situations as well, such as during a college lecture or business meeting. An important skill for a CLASS observation, however, is the ability to sort evidence into the appropriate dimension as it occurs. When a teacher and student smile together, the interaction is noted in Positive Climate; when a teacher asks a great follow up question, it’s noted in Quality of Feedback, and so on.

The first time your participants will be asked to sort their evidence as they take notes will typically be during the first training video, at the end of day one of Observation training. This is universally an overwhelming experience, and your participants need some scaffolding and support to help them progress until they can comfortably sort their evidence “on the fly.”

The first step in this process is explaining to participants why sorting evidence is important. It may feel much more natural to take scripted notes on loose-leaf paper in chronological order, and participants are likely to feel more confident in focusing on the video while taking notes in this style. However, when it’s time to score Positive Climate, where is their evidence? There’s a piece of evidence here, and there, and scattered all throughout their page or two of loose-leaf notes. This isn’t always a huge issue, but given that an observer’s goal is to be able to code a segment in 10 minutes or so, adding the often lengthy step of scouring scripted notes and re-sorting, highlighting, or somehow organizing them, is not a sustainable strategy. Taking scripted notes will also stunt your participants’ growth as CLASS observers. Adding the cognitive layer of instantly recognizing and sorting evidence by dimension is an important element in achieving mastery of the content of the CLASS tool.

Explaining these concepts—that it’s important to sort evidence while taking notes, and that doing so will at first feel very uncomfortable—is the first step towards helping your participants become outstanding note-takers. Make sure people know that they shouldn’t expect to easily capture evidence in their notes, sorting it automatically as they go, until they get some practice. Everyone’s first attempt at taking notes inevitably involves noticing an interaction and mentally exclaiming, “Aha! That is evidence…of…something…but I have no idea what!” and proceeding to frantically flip through the CLASS manual in search of the proper home for their newly-observed piece of evidence, all the while missing interactions as the video continues to play. Preparing participants for this often frustrating experience is critical, as is being proactive in encouraging them regarding how quickly they’ll improve with a little practice and support. On day two, as participants move through the remaining four training videos and have in depth discussions of evidence with their trusted CLASS trainer, it will become more and more natural to see an interaction or hear a direct quote, and jot down a note in the appropriate dimension.

Once you’ve helped your participants come to grips with the fact that their first attempt at sorting evidence while taking notes is likely to feel overwhelming, you can offer strategies for working their way towards mastery of this complex skill. One popular strategy is to have participants divide their score sheets into the three CLASS domains: Emotional Support, Classroom Organization, and Instructional Support. Rather than trying to sort their evidence into the correct dimension, they can try to capture it in the correct domain. This is much more manageable for new observers, and will prevent some of the paralysis that comes along with trying to perfectly sort evidence by dimension. There will still be some evidence that can’t be sorted immediately into the correct domain, so you can encourage your participants to jot those notes down on a piece of loose-leaf, or get them down anywhere on their score sheet and circle them, to signify that they may be in the wrong dimension. It’s important to stress that perfection is far from necessary—your observers will likely do lots of re-categorization of evidence after each video, as you talk them through the evidence and master codes.

One other strategy you can employ to help your participants’ progress more quickly along the path of note taking proficiency is to have them reflect on their notes after each video. Ask for volunteers to share a piece of evidence that they realize they captured in the wrong dimension, and where they moved it after discussing the video. Encourage them to ask questions during video discussions to confirm that their evidence is in the correct dimension, or clarify why it fits in a certain dimension. Ask them to share successful or unsuccessful note-taking strategies after each video. Metacognition isn’t just for classroom teachers! The discussion of evidence and the thoughtful reflection you can promote amongst your participants are two of your most powerful tools to help them improve.

How do you help your participants understand how to write down their observations effectively? 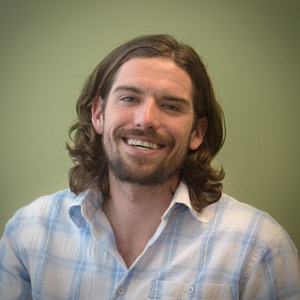