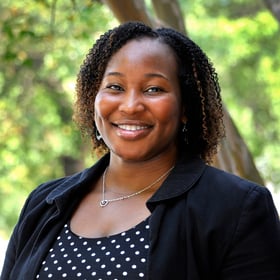 To learn more about implicit bias and its impact on early childhood education, I reached out to Dr. Iheoma U. Iruka, Chief Research Innovation Officer and Director of the Center for Early Education Research and Evaluation at HighScope Educational Research Foundation.

Below you’ll find an excerpt from my recent interview with Iheoma. To hear more from Dr. Iheoma U. Iruka, join her upcoming webinar, Know, then Grow: Becoming an Anti-Racist, Anti-Biased, Trauma-Informed Educator, where she will explore the reality of racism, white privilege, and implicit bias in learning settings and the links to trauma, often not acknowledged, discussed and addressed. We’ll discuss recent events that have further exposed existing inequities amongst children. She’ll also be one of our keynote speakers at our upcoming Interact Now: Teacher Summit.

Iheoma Iruka:  The word we use is implicit bias. Let’s define that. It's basically these unconscious beliefs that come out and can cause you to act in a particular way. And so it could be an unconscious bias that I think that Black children, Black boys specifically, are violent, are dangerous or aggressive. And so any move they make, whether they're just sitting down or sitting up, they are viewed as being aggressive. And so to protect the other children in the classroom, we must remove them from the early education setting.

The word unconscious bias almost in some ways forgives educators for having this bias, but in essence, it’s racism within the classroom. And this is where we must begin to just push in. While we talk about institutional racism on the systematic level of the country, we're also talking about implicit biases as a basic form of racism, where you're basically saying, hey, we're not going to give you what you deserve, which is a high-quality learning experience. Because I view a particular way, as oppositional, as aggressive, we will exclude you from the opportunity to learn. And that I think we need to continue to push on that.

When it comes to children who are just four-years-old, they are babies still. And when they get that sense of rejection, that has an impact on their development. We can just call it implicit bias, but it really is racism within the interpersonal side of things.

What is Interpersonal Racism Versus Institutional Racism?

For example, in a classroom if you're like, I prefer my students to sit you know criss-cross applesauce, in some communities, that's not a thing, so the kid who does not do it because they don't understand the rules, may be viewed as being defiant. And that really is not the case. And so because they were not raised the way you were, to sit down criss-cross applesauce, they may be viewed as not following rules. But is there another way that I could still be present and paying attention that doesn't mean that I have to be like you? That's the interpersonal- the one-on-one relationship between two different people.

Institutional racism is more the structures and policies. You’ll see the privilege of being white, you have the privilege to be able to amass wealth, and assets, and housing. Whereas rules like Jim Crow were created to ensure that Black people, in particular, were never able to access wealth.

A lot of what we're seeing now in terms of the poverty of many Black people is not because they were poor and lazy, but because they literally were systematically denied opportunities from when they were enslaved all the way until today. And these policies still create and recreate all the oppression and the lack of opportunity.

What Does Anti-Racism Have to Do with Trauma-Informed Care?

Iheoma Iruka:  Everything. I feel like the issue of anti-racism is rarely discussed within trauma-informed care. When we talk about abuse, you know, physical abuse, neglect, that's how we think of trauma. I would argue that if you really understood how racism works and how it dehumanizes you…that in itself is so traumatic.

For us to get to anti-racism, we have to acknowledge racism exists and it's literally the air that we breathe. There's nothing in this United States of America that does not have race attached to it. Period.

What Can I, As a Teacher, Do to Create an Anti-Racist Classroom?

Iheoma Iruka:  I would say you need to go and actually interrogate yourself as to what is your purpose. Like why are you in this field. If it was that “I love children”, that’s a good start, but a lot of people love a lot of people, but still engage in racist behavior. Inquire- what are you really trying to do?

The other thing you can do is really look at your classroom. Look at the environment. Is the environment one where certain children feel at home? Do you have pictures where there's different skin tones, different skin color, different hair texture? Are they representative of all the children in your program? But even if you're at an all-white school, do you have things that represent other cultures? Racism is one that privileges white people. Educators, you need to help white children understand about fairness and justice and that color should not be the reason why you like or do not like somebody. That means that the things children see, the things they touch, has to come from different cultures and communities and be viewed as valuable.