How I Used My CLASS Knowledge During Jury Duty

We recently saw a comment on the CLASS Community Facebook Group from one of our MMCI Instructors and CLASS Observers, Candice Smith, and this is what it said:

“Well, you know you are a CLASS Instructor when you find yourself in the jury room telling your fellow jurors to remain objective, opinions do not matter, and to put on your lens and focus on the evidence only.”

I was intrigued by Candice’s post and asked her to tell me a little bit more about her experience. Candice's story begins when she was chosen to serve on a jury in a civil case. The plaintiff was suing the defendant for backing into her car in a parking lot, causing damage to her vehicle. The attorneys presented their case over the course of three days, calling witnesses to testify, and presenting evidence for both sides. Once the attorneys rested their case, the twelve jurors began deliberations. At first, none of the jurors wanted to start talking. But after a short while, and after the laws had been read, one by one each juror began to chime in. Candice heard statements such as “I think this could have happened” and “What if this did happen, how do we know she didn’t do this?” Several jurors began to tell of their own accident experiences, and that’s when Candice knew that something was not right, and she needed to speak up. She reminded the group: “In this case, our opinions do not matter. We must review the evidence and remain objective. Imagine that you are wearing glasses that cause you to be blind to anything but the evidence of this case. Use that lens to answer the questions presented to us based on nothing but the facts and the evidence.”

When you are chosen to serve on a jury, the judge instructs you to weigh the evidence presented to you. You are also expected to follow the judge’s instructions and the law. You are asked to keep an open mind and to avoid forming any opinions until you have weighed all of the evidence in the case. Sound familiar? If you’ve ever been to a CLASS observation training, this same logic should ring true.

As it turns out, Candice’s statement to the jurors also applies to CLASS Observations. Let’s break down what Candice said:

After hearing Candice’s story, I had one more question: “Well, what was the outcome of the case? Did you find in favor of the plaintiff or the defendant?” Candice responded: “Finally, using only the evidence that was provided to us, we ended up ruling in favor of the defendant. Emotional ruling would have been for the plaintiff, but it was not based on evidence, just an opinion. I learned that day that the concepts behind CLASS are not just for classrooms, they are relevant every day.” 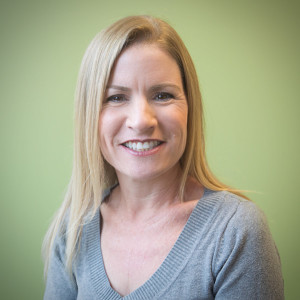 Teachstone has long been an advocate of using CLASS in a variety of educational settings. We're proud to have two case studies about family child care (FCC) settings!

Teachstone continues to fulfill the important role of supporting Spanish-speaking partners who implement CLASS in their programs and communities. In an effort to strengthen our reach to this key base, Teachstone recently hosted a regional conference in Caguas, Puerto Rico. The regional conference offered several CLASS trainings in Spanish as well as translation services for English trainings. Trainings were held from November 4–8 at the headquarters and facilities of Camera Mundi Inc. Camera Mundi is the largest and most comprehensive provider of products, equipment, materials, and services to the educational sector in Puerto Rico and the Caribbean.