A Look at How Obama's Budget Proposal Could Affect Children 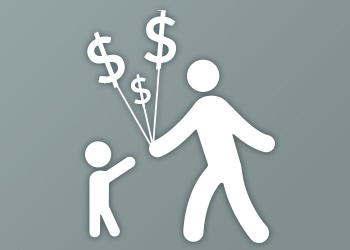 One cold evening, as January passed into February, I sat down to review over 20 different sources that summarized President Obama’s budget and the probability for the multitude of initiatives to be funded in the budget’s final version. What follows is a consolidated overview of the points I think will be most relevant for our readers. Remember, these are just budget proposals that have been outlined and are not guaranteed until the final budget has been passed. I have ordered the items based on my belief (and only my belief) of their probability for being included in the final budget.

After hundreds of pages of document review, three amazing presentations at the NHSA Winter Leadership Conference, and countless conversations with peers, I am still only grasping at straws in my analysis of what will be included. With the next Presidential race coming up sooner than we realize, a staunchly divided government, but yet a public supportive of early care and education, it is difficult for even for the best political analyst (which I am not) to guess at what will occur in the coming months.

One fact remains: President Obama’s budget did will not adhere to the sequester caps that are currently in place. Unless congress makes changes to sequester caps in law, this budget will not happen. There are two important dates to look at to determine how the budget is progressing—mid-March for the budget mark up in committee and April 15 for the final budget resolution.

In advance of these dates, the President is rallying politicians around the numerous, oft-cited research studies that show the most formative years of a child’s life shape the foundation for learning, school, and workforce success. Unfortunately, in the United States 1 in 5 children live in poverty, and as a result we have an achievement gap of up to 60 percentage points. We know this is short changing our collective future. What we are learning in the global economy is that the future belongs to the nation that best educates its citizens. Because of this, the early care and learning agenda speaks to people on both sides of the political spectrum. Therefore, my summary is that the outcome of this budget is impossible to determine.

I look to Vanessa Rich’s words at the NHSA Winter Leadership Conference to inspire me that this budget is possible. During her remarks she said, “In the budget stalemate of 2014, Congress found the collective common sense to increase early learning funding.” I am hopeful that this “common sense” will continue. 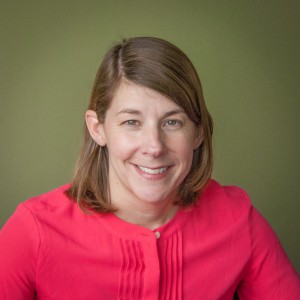 To those in the education world, it’s not news that our schools, our systems, and our students are struggling. For nearly 40 years, since the publication of A Nation At Risk, we’ve recognized as a country that something isn’t working.

For more than a century after the United States’ colonization, school was intended for children who were overwhelmingly wealthy, white, male, and English-speaking - those demographics are no longer the case. Students today are representative of all our nation’s families, but our history means there’s a mismatch between what education has done up to this point and what children really need. What’s more, advances in science - psychology, medicine,
neuroscience, economics, and more - have shown us that to give children the greatest opportunity we must change what we’re doing. We can’t let another 40 years pass while we figure it out.

Read More
5 Challenges Education Leaders Are Facing in 2021 and How to Move Forward, Together | Free eBook

Read More
The Future is Now: A Charge for Strong Leadership in Early Childhood Education and Beyond

The Future is Now: A Charge for Strong Leadership in Early Childhood Education and Beyond

Given the context of today’s educational landscape, the global pandemic we are still fighting, and the divides our country is facing, strong leadership is essential. There is a clear need to restabilize and improve education for every child, and every educator. But, what does that mean exactly for educational leaders who are leading the way?