I recently asked our CLASS Community to nominate a family child care provider they thought deserved to be in the spotlight. I asked for stories of teachers whose high-quality classroom interactions are making a difference in the lives of the children they cared for. We had so many lovely stories and nominations, but our winner was Vicki Schumm from Fargo, ND. Vicki is the owner, teacher, and everything else at Vicki's Childcare, her family child care program she has run from her home since 2010.

Her coach, Erin Kitzman, wrote how dedicated and caring Vicki is. “Vicki helps the children in her care express their emotions, give their feelings labels, and does not lose her calm. She remains kind and loving even if children are chaotic around her. She has a heart of gold and goes above and beyond for the children in her care" Erin wrote. And not only that, but during that time, “Vicki has also worked hard to earn her CDA as well as progress through all four of the Bright and Early North Dakota's Steps to Quality” said Erin.

I reached out to Vicki to hear more about her program and she graciously offered her time. It was nap time, so as soft music played in the background, here's a bit of what Vicki shared:

In her nomination Erin wrote about Vicki’s skill at supporting children’s emotions, especially children dealing with trauma. Erin wrote, “Vicki has been working with a child who has had a lot of trauma in his life. She has been his consistent caregiver since he was a baby. He recently lost his baby brother and obviously is having some behavioral and emotional issues. She reaches out to ask for new ideas and is always willing to go the extra mile to help this child and his parents to deal with the stress of losing a loved one. She really wants to help him and steps up when they need a little extra guidance and support. She helped him with strong emotions, gave him choices when possible, and was a constant source of comfort and stability for him.”

I asked Vicki if she had any strategies that she has found successful that she would recommend for other teachers.

Creating a routine and using a schedule
"Right now I have a little one struggling with some emotions and having a tough time with it. I reached out to my coach and she's given me some ideas. I've created a schedule for him where he can take the little pieces on and off the schedule, and move them to mark they are done. It's been really helpful." 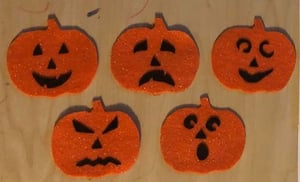 “I really have been trying to label emotions. I say things like, 'I see that you're stomping your foot. Are you frustrated?' Or if he's grunting at something, I'll say 'It sounds like your body might be frustrated because I hear you making that sound. I'm not sure what that means. What do you think you need help with? What do you think is going on?' He can now say things like, 'I'm frustrated. This piece won't go in. It's not working. I'm frustrated.'"

And for the infants and young toddlers she cares for who aren’t yet verbal, she still finds ways to acknowledge and respond to their emotions and needs. “I do a lot of self-talk and parallel-talk. I'll say things like, ‘We're done changing your diaper. Now I'm going to bring you back to our area so I can wash my hands,'” she said. If she notices they get upset when she puts them down, she’ll remind them, "I will be right back and then I'll come to play with you some more!"

I've always known this is something I've wanted to do. 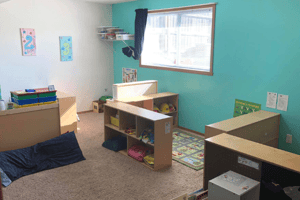 Vicki made it clear that facilitating activities to support the children's learning and development was also very important to her. We discussed how there’s often a misconception about family child care programs being less academic than center-based programs. Before beginning her own program, Vicki worked in a large center-based program, so she’s seen both, and shared, “We’re still doing all the things the big centers are doing. A lot of families think kids don’t learn in a home program. But that’s not true. They’re all learning. Every activity they are doing, they are learning. Every activity we do, there’s a reason behind it.”

She also shared a bit about her own experience with professional development. “As part of the Bright and Early North Dakota program, I recently started using CLASS through Teachstone. CLASS was really helpful. I enjoyed the little CLASS Strategy Cards. I even made my own open-ended questions sheets to put up in each area. So if we're playing in an area together, I can look up at the sheet, and remember to ask questions like, ‘What do you think would happen if…’ and ‘What will happen when…’ At mealtimes, I'll try to use new describing words that we hadn't used yet, so something like, 'I'm pouring milk out of a magenta pitcher.'"

Impact of COVID-19 on FCC Programs

"It's been a pretty big impact," said Vicki. She typically cares for six children and is licensed to watch up to 12, but Vicki now is caring for four children, most of whom are the children of essential workers that need to work in person. Enrollment has been difficult, but so far she hasn't shut down for any time. Vicki shared that, "Luckily North Dakota did a grant for child care providers, so we're getting grant funding to stay open. Without that funding, I'd probably have to shut our doors. No one was looking for childcare." On top of all that, she's also now supporting her own two young children who are home doing virtual school.

Thank you Vicki and Erin for your time, care, and dedication to helping children reach their full potential. 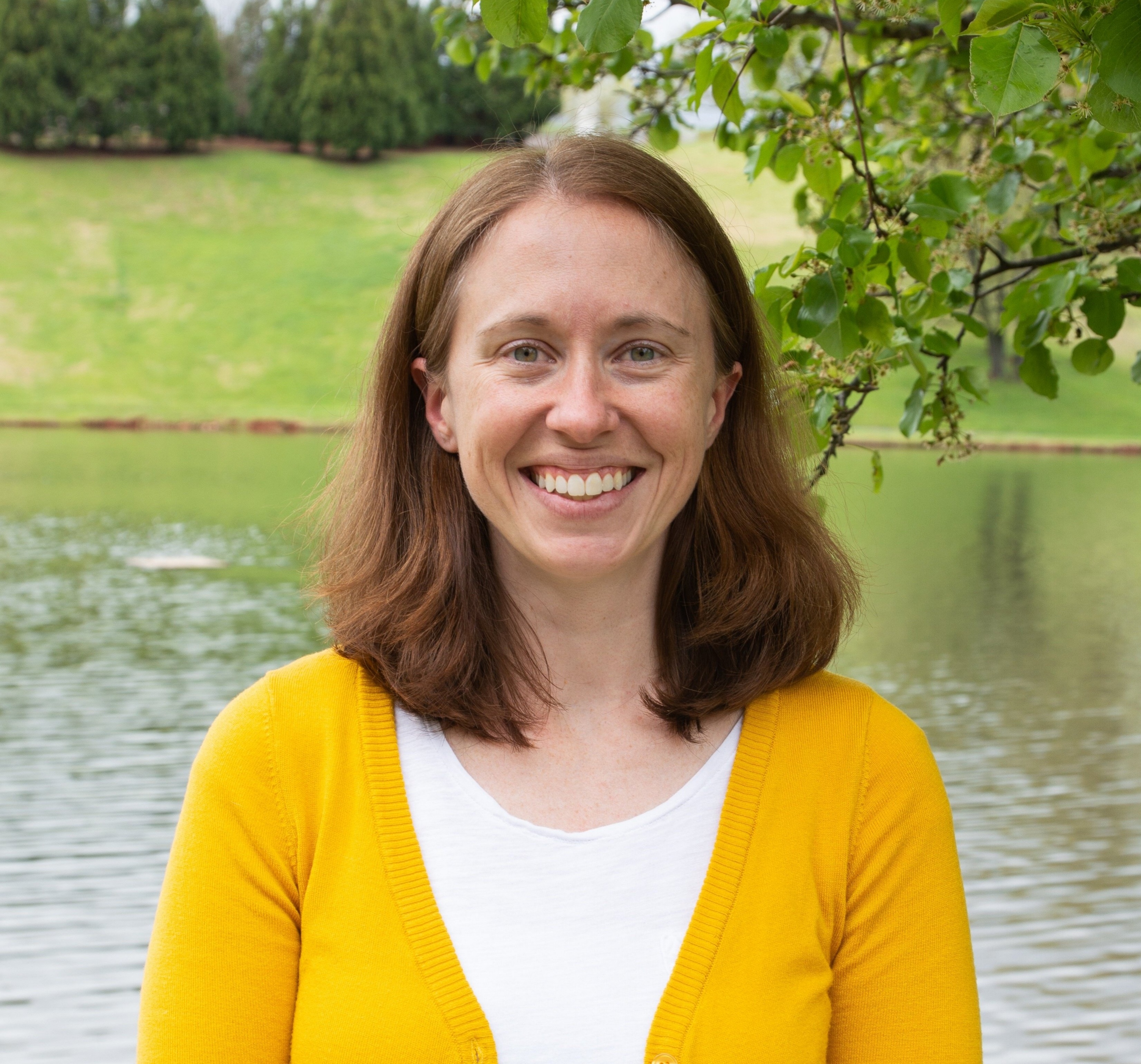 Can we talk about structure? When CLASS® entered my life, I was 20 years into my career in the field of early childhood education. What I remember most about that initial training, besides the nervousness about an impending reliability test, was a sense of relief. Structure, including state and program standards, curriculum, materials in the classroom, and approaches to childcare and pedagogy, had dominated my working hours. CLASS was a lot to learn, but for me, it was a breath of fresh air. Observing with CLASS meant I could set aside my obsession with all things structural, which encompassed my thoughts every time I walked into an early childhood classroom.

Regard for Student Perspectives as defined by CLASS® is“the degree to which the teacher’s interactions with students and classroom activities place an emphasis on students’ interests, motivations, and points of view and encourage student responsibility and autonomy.” This often looks like following children's lead so that you can anticipate their needs during an activity.

Understanding how to effectively employ CLASS's Regard for Student Perspectives while maintaining a constructive learning environment can be challenging. In the following paragraphs the fictional preschool professional, Mrs. Jones, will illustrate the indicators of Regard for Student Perspectives at circle time. I’ll then discuss her exemplary examples:

Read More
What to Do with Your First $50K

What to Do with Your First $50K