Examples of Pairing Instructional Support and the Project Approach

In her last blog post, Carol Bolz introduced a research project on coaching with CLASS Instructional Support and the Project Approach. There were many great examples about how the teachers used what they had learned to engage their students. We’d love to hear from you. How have you helped a teacher build these Instructional Support interactions? How have you, as teachers, encouraged these types of learning experiences? 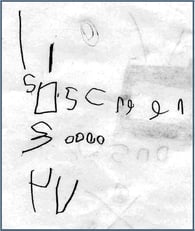 How do you create a TV?

One teacher engaged a child in a lengthy feedback loop about the creation of a television during a class project on their houses. Before completing the construction, he planned by listing four steps:

In the first phase of a project on babies, a child reminisced that when she was a baby, you could cover her all up with a blanket. After thinking with her coach, the teacher responded by encouraging the child to share her story with all of the children and engaging them in non-standard measurement with baby blankets. For several days, the children estimated how many blankets were needed to cover babies, preschoolers, and adults as well as objects. They experimented, evaluated their estimations, and recorded their findings.

What’s Inside this Ball? 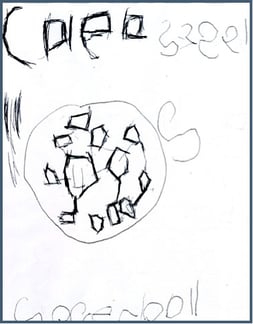 When a group of children investigated balls, they had many opportunities to explore, handle play with, and compare all types of balls. With help from a father, they cut balls open to find what was inside. One child decided to create an observational drawing of a soccer ball. His teacher watched as he counted the number of black shapes on the ball and determined that there were twelve shapes. The child then went repeatedly to the Math Center, returning each time with a shape card and comparing it to the twelve black shapes until he identified the black shapes as pentagons. He created his drawing and asked his teacher for support with writing “12” and “Soccer ball.” 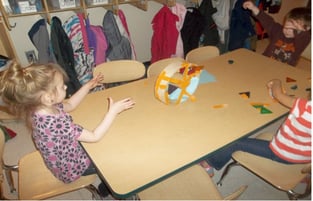 A group of children were studying cars and three of them became particularly interested in wheels. One of their parents brought in a wheel for the children to explore. Together, the three children created a detailed drawing of the wheel. Their teacher asked if there was any other way they could create a wheel, and they constructed one from blocks and manipulative toys. The teacher then asked if their wheel was functional. With very little support from the teacher, the three children worked together to transform their wheel into one that would actually roll.

In each case, children were at the center of discussing, generating questions, investigating, representing discoveries, and evaluating results. Teachers, coaches, families, and most important the children themselves, were coming to understand how capable they were as thinkers.

To read further about the 5-year research project on coaching with CLASS Instructional Support and the Project Approach, follow this link to an article in Early Childhood Research & Practice. http://ecrp.uiuc.edu/v16n1/vartuli.html

Links to websites and on-line journals related to the Project Approach follow:

The blog was authored by the Coaching Community of Practice from Mid-America Head Start. Education support staff from The Y of Greater Kansas City, Kansas City Public Schools, The Family Conservancy, Independence School District, Operation Breakthrough, St. Mark’s United Inner City Services, and Plaza de Niños have been involved in coaching with CLASS Instructional Support Domain and the Project Approach with support from Drs. Catherine Wilson and Sue Vartuli for the past seven years.

3 Overlooked Opportunities for Facilitation of Learning and Development

3 Overlooked Opportunities for Facilitation of Learning and Development

There is always an opportunity for interaction. Some opportunities are easily recognizable: times of play, free choice, centers, small group. We often see teachers engaged in activities alongside children during these times or hear questions being asked. Other opportunities might be a little less obvious. These are the times of your day that you might see as mundane moments that merely require your supervision or monitoring. The times where you’re going through the motions. “I’m doing this thing so I can move on to the next thing.”

In a previous blog, colleague and early childhood environment extraordinaire, Heather Sason, discussed how your classroom environment can help promote effective teacher-child interactions. In this blog, I propose we explore some of the often overlooked times in your day that are ripe for interactions with children and that do promote exploration, learning, and development!

Read More
Encouraging Voice and Choice in the Classroom

Encouraging Voice and Choice in the Classroom

It's not uncommon for teachers in early education to need to strike a balance between following children's leads and sticking to the classroom schedule. We know that intentional teachers are aware of their responsibility to assess student progress, understand skill mastery, and plan accordingly to provide opportunities for children to grow. However, many times, as teachers begin a specific teacher-directed activity, it is unsettling when students begin to veer from the step-by-step plans the teacher has worked hard to implement.

Teacher and coach, Colleen Schmit, will share how teachers can strike the balance between following the lesson plans and giving children freedom of choice and flexibility in the classroom.

Introducing the Teaching with CLASS® Podcast

As an educator, you’re busy. Your time is being split by competing priorities, from managing students’ needs, meeting your program’s goals, and communicating with parents. While you’re juggling your work, it can be difficult to keep learning about important ways to improve your daily teaching practice. Teachstone is here to help!

Last week we hosted Back to School with Meaningful Interactions, our first week-long free Teacher Series for nearly 4,000 early childhood educators. Each day attendees could choose from three 45-minute sessions that focused on what matters the most—meaningful classroom interactions.