This is just the beginning. Once we look beyond structural factors such as school facilities, we have to look at the way Black students experience school. Data show that Black students are overrepresented in special education (National Center for Education Statistics, 2020), more likely to be suspended (USDOE, Office of Civil Rights, 2016), and more likely to be arrested at school (Education Week, 2017). Furthermore, Black students often have to contend with implicit bias. A 2016 study found that kindergarten teachers perceived that Black boys engaged in more problem behaviors than other boys. In addition, the teachers report higher levels of conflict and decreased feelings of closeness with Black boys as compared to white and multiethnic boys (Wood, Essien, & Harris, 2016).

It is with this perspective that we repost the following blog from 2017. This blog discusses a study demonstrating that middle and high school teachers who participated in MyTeachingPartner (MTP), a CLASS-based coaching program, significantly reduced their discipline referrals for Black students.

The Every Student Succeeds Act requires states to discuss how they will help local education agencies reduce their overuse of exclusionary discipline practices. These are actions like suspensions or expulsions that send students out of classrooms. Not only do exclusionary discipline practices negatively affect school climate (something we care a lot about here at Teachstone!), evidence shows that students of color, particularly Black students, are disproportionately on the receiving end.

A recent study of MyTeachingPartner Secondary (MTP-S), however, shows promise in helping teachers reduce their use of disciplinary referrals. Earlier work had shown that middle- and high-school teachers participating in MTP-S coaching for one year eliminated the discipline gap between Black students and their peers for that year. The research team wanted to see if these changes lasted. Would teachers continue these equitable discipline practices? And, if so, what about MTP coaching was helping them do it?

Researchers used a randomized control design (RCT), generally considered to be the “gold standard” in education research, to divide 86 middle- and high-school teachers who volunteered into two groups. The control group continued with their usual professional development, and the intervention group agreed to participate in two years of coaching with MTP-S. Students were racially-ethnically diverse, and approximately 40% qualified for free and reduced-price lunch. Using CLASS to examine different dimensions of quality, data was collected on the classroom environment. Teachers participated in coaching for two years, and researchers tracked whether a student was or wasn’t given a disciplinary referral.

As predicted, in Year 2 of coaching, intervention teachers reduced their use of discipline referrals for all students, and there was no difference in referral rates for Black students and their peers. Then, something really exciting happened.

In Year 3, the coaching stopped, but intervention teachers maintained their lower disciplinary referral levels. What’s more, there was still no racial discipline gap.

Researchers also examined CLASS scores to determine which dimensions of quality were associated with these changes in disciplinary practices. They found that Analysis and Inquiry, and, to a lesser extent, Teacher Sensitivity, were related to the likelihood of disciplinary referral. Teachers participating in coaching showed greater improvement in these areas than non-intervention teachers. Among intervention teachers, those who showed the most improvement were less likely to use disciplinary referrals. This corroborates prior research:

When students are cognitively challenged and are asked to use meaningful problem-solving skills, they are more engaged and, in turn, perceived as more cooperative.

This study demonstrates the lasting efficacy of the MTP-S coaching program in improving both educational and disciplinary practices. These changes are essential for helping students succeed academically, since existing differences in how Black students and their peers are subjected to exclusionary discipline contribute to the academic opportunity gap. Even though changing teacher attitudes about discipline and educational equity are not the primary aim of MyTeachingPartner, this study shows the potential of using it as a pathway for reducing or eliminating racial disparities in exclusionary discipline.

Explore MTP Coaching for Your Organization

Check out Teachstone’s MTP Coaching program and learn more about how this intensive professional development can impact the trajectory of all children’s lives, increasing opportunity for students by improving quality and equity in the classroom.

*Original blog published in 2017 by Allie Kallman can be found here. 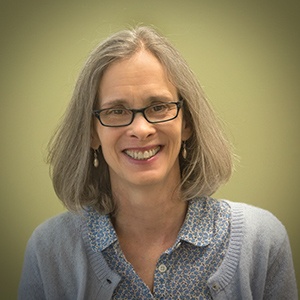 State policymakers have an exciting opportunity to level the playing field for early childhood education with thoughtful system design using the newly released Preschool Development Grant Birth to Five, also known as PDG B-5. This grant provides funding to State early childhood agencies’ to strengthen early childhood systems. In particular, a portion of PDG B-5 funding is targeted for Renewal Grants—24 out of 25 eligible states are expected to be awarded funding for PDG B-5 Renewal Grants. These Renewal  Grants will provide three consecutive years of funding to support activities and implementation in each state.

Building the System for Equity

Moving towards a post-pandemic world, early childhood education is still in a fractured state of recovery. Numerous headlines define the inequitable foundation early childhood system is built on that limits educators’ capacity to thrive and impact children’s lives. Yet demand for early learning remains steadfast as families get back to routines in communities everywhere. How do policymakers start to level the playing field for early childhood programs with equitable policies while increasing access for families in need of high-quality care?

Read More
What to Do with Your First $50K

What to Do with Your First $50K