Each Training is a New Adventure

At some of my recent trainings I’ve been feeling a lot like Max in the story “Where The Wild Things Are.” Before I even had the equipment set up, I heard the gnashing of teeth and the terrible roar of the participants as they helped themselves to a sweet breakfast buffet and found their seats.

“They take points away.”

“I thought everyone who did these observations was reliable.

These were the comments reaching my ears. Putting on my CLASS lenses, I used open-ended questions to lead the conversation and provide some initial feedback in response to their emotional and academic needs. As we talked more, an underlying theme presented itself. All of the participants worked in a program or school that uses the CLASS measure as part or all of their annual teacher evaluation and is conducted through the state or district appointed QRIS system. “Let the wild rumpus begin!” At this point, I knew I had my work cut out for me!

As trainers, we can find ourselves in the position of having to think fast and on the fly. In this situation, I hadn’t even started with introductions let alone breaking the ice, which was really thick in some areas of the room. Even with all of the cinnamon buns and donuts available, I was sure I would need to expand on the flavors and choices on the menu. In fact, I was more worried about what the impending sugar crash would do to the mood in the room. As I drew the big picture of the next two days we would be spending together, I listened to them talk about their experiences, sorted out the root cause of their feelings, and let them know I heard what they were saying. I further assured them that by developing a deeper understanding of the CLASS tool and the coding process, they would be empowered to make changes in their classrooms that would reflect their knowledge of CLASS and an understanding of how to implement these practices into their interactions.

By recognizing that everyone sitting at the table brings with them unique experiences and talents, providing a comfortable setting, demonstrating that I was open to hearing and addressing questions and concerns, and connecting the goals of the training to these experiences and talents, I began to connect the research, framework and process to their everyday work life. Of course, there was push back and more “roaring and gnashing.” But, by relating the information as it unfolds, the participants began to realize the power of the “How” of CLASS. After all, you can’t organize a parade unless everyone knows they are part of it!

By the time we started with the activities and moved into the coding process, I was no longer worried about the sugar crash. The roaring and gnashing had turned into productive discussions. There was actually excitement building about the prospect of taking part in the parade. The earlier comments transformed into “Oh, I see how this works,” “The code measures the effectiveness of the teacher,” and “I see what I need to change.” As the last video was completed and the wrap-up was done, one of the wildest of participants stated (with a big smile), “I am going to take this test!”

At the end of the second day, I felt confident as the participants marched from the room. Whether many of them take the test to become reliable observers is yet to be seen. I have often wondered whether Max ever realized why he was sent to bed without dinner. However, I am sure these folks will be living in a land where the wild rumpus is filled with positive and effective interactions! 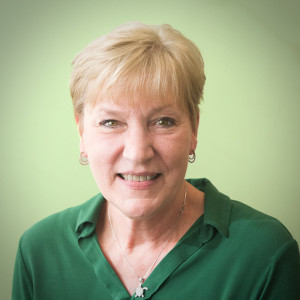