At 9:02, Mrs. Jones calls all 22 of her preschool students over for circle time. “Choose a place to sit,” she says as she points to the different colored carpet shapes already laid out on the floor.

The children excitedly exclaim, “Oh! I get the pink circle. I want the blue square!”

Mrs. Jones states, “Ok children once you find your spot, find a comfortable way to sit so everyone can see. I see Jessica and Brad are sitting on their bottom.” As Mrs. Jones looks around her circle she notices Johnny is sitting on his knees, “Johnny it looks like you are comfortable sitting on your knees, but others can’t see, can you sit behind Suzie so others can see?”

Although teachers should have clear behavioral expectations for children, teachers high in this indicator set behavioral expectations that are appropriate for the activity at hand. In this scenario, the children were able to chose where to sit on the carpet, as well as how they wanted to sit. The children were allowed to move freely as long as it didn’t interfere with the other children viewing the activity.

“Mrs. Jones can we sing a different song?” asks Marco.

Mrs. Jones looks at the clock and knows she is already running late and needs to still get through the days of the week, the weather, read the story, and introduce the activity for the day. She takes a deep breath and says “Sure, Marco we can sing a different song today, what song would you like to sing?”

“Wheels on the Bus!”

Mrs. Jones thinks to herself about how many verses this song has and that she’ll never get to all the activities that took her so long to plan. She asks, “Would everyone like to sing Wheels on the Bus?”

In this indicator being flexible and going along with student’s ideas does not distract from the lesson but allows the teacher to incorporate the student's interest and ideas into the planned lesson. In this scenario Mrs. Jones’ original plan was to sing the regular welcome song, however upon hearing Marco’s request she instead was flexible in those plans. She changed the song to follow the children’s interests, and incorporated that interest into her circle time activities, even though the length of the song may take away from previously planned activities.

“Marco why don’t you come up and lead us in singing Wheels on the Bus?” After five verses Mrs. Jones says, “That was a great idea Marco! Can you tell us why you wanted to sing wheels on the bus today?”

Marco replies, “I saw a big blue bus on the way to school today!”

“You did! Tell me more about that bus, what did you like about it?”

“The big wheels and the horn!”

“Does anyone else want to tell me why they like buses?”

“Well because they are so big!” says Connor.

Mrs. Jones thinks about what’s left on her lesson plan to accomplish during circle time including the weather and storytime. “I was going to read Chicka Chicka Boom Boom today, but since everyone is so excited about buses today, let’s read Don’t let the Pigeon Drive the Bus.”

“Julian, I know you love that book, can you please walk over to the library and get it for us?”


Support for Autonomy and Leadership

In this indicator the teacher enables children to be as independent as possible within a given activity. In this scenario Marco was able to choose the song and lead the activity of singing ‘Wheels on the Bus’, and Julian was given a responsibility to get the new book from the library.

In this indicator the teacher is genuinely interested in understanding how the students see the world and in getting them to express these thoughts. In our scenario the students were encouraged to talk about why they liked buses, eliciting their ideas.

Once again Mrs. Jones demonstrates her flexibility by changing her originally planned book of Chicka Chicka Boom Boom to Don’t Let Pigeon Drive the Bus, inviting the students to be more autonomous.

When Mrs. Jones finishes the story, she thinks about her initial lesson plan on letters. "How can I incorporate the children’s interests of buses into my planned lesson of focusing on the alphabet?"

Thinking on her feet she says, “We have talked a lot today about buses, what letter do you think bus starts with? Ba ba ba…“

“Yes! And on the bus there are windows, what words do you think start with the letter W?”

This continued for a few more letters as long as the children were interested, “D for driver, H for horn..”

As circle time draws to an end, Mrs. Jones says, “While we walk outside why don’t we pretend to be a bus driver? How can we do that?” And off they drove to the playground.

During this part of circle time Mrs. Jones is highly flexible by following the students’ interests of buses and incorporating her lesson of the alphabet to match their interests.

In this scenario Mrs. Jones listens closely to what the children are saying, and the lesson is not dominated by teacher talk. Children have many opportunities to talk and express their ideas including how they can drive the bus.

Looking deeper into this scenario, notice how the children responded. They were excited, eager to take part in the activities, and they showed genuine enthusiasm for continuing the discussion and play around the bus.

Imagine what the outcome might have been if this teacher was rigid and stuck to her lesson plans, despite what the children wanted to do. Would there have been as much excitement and enjoyment from the activities? Would children be as motivated to sing the song or listen to the story that was selected by the teacher? Most likely not. Although the teacher strayed from her plans and allowed the children to influence how the lesson would proceed, she still managed to incorporate the concept from her original lesson plans in a way that was much more meaningful for the children.

It is also important to note that this teacher had a predetermined plan and desired outcome for the activity. Including Regard for Student Perspectives doesn’t mean that we have to throw out all plans or structure, but it does allow for flexibility when a child’s interest sparks a new conversation or direction to the lesson. Taking students’ interests into account will lead to further engagement which, in turn, leads to happier, more motivated children. 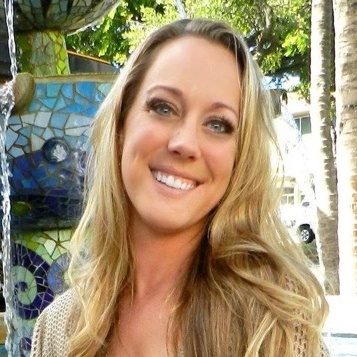 Teachers everywhere have yet another new challenge⁠—supporting students and their families from home. We know that high-quality interactions, including interesting, hands-on experiences that are facilitated and supported with feedback, scaffolding, and higher-order thinking questions, best support young students' learning. So how do you help your students' caregivers offer the same high-quality interactions while at home? Well, Rachel Giannini has some super fun ideas to share! The following are ideas she shared during her session at our recent InterAct CLASS Summit.

Coronavirus Resources and Information for Educators

It’s Dual Language Learner Celebration Week! Every year in the U.S., the amount of young children who live in a household where a language other than English is spoken has been steadily increasing. As of 2016, about one-third of children under age 8 – over 11 million children – are dual language learners (DLLs).