I recently received this question from a CLASS observer:

Where would an observer enter evidence for an interaction between a teacher and children who are fighting? In the interaction, the teacher was using conflict resolution skill-building techniques, but it seems like it could go in more places than Behavior Management.

Good question! Let's take a closer look at this kind of scenario.

Two children, Billy and Bobby, are fighting over a truck in the block area. They are both pulling on the truck and yelling at each other, “MINE!”

The teacher goes over and calms them down, saying, "I will help you, you can find ways to figure out how to play with the truck." She asks, "Is there another truck? No? You both want this one? OK, there's only one truck and both of you want it? Is there a way one of you can have it first and the other one next? Would the timer help? There are several ways you could resolve this, can you think of any?"

The boys take a couple of minutes to decide Billy will get it first. Bobby looks disappointed. The teacher says, "You did a great job figuring out how to resolve this problem. Why did you decide that Billy would go first?" The boys tell her that Billy 'wanted it.'

The teacher presses, "Bobby, are you really OK with the solution? You look disappointed?" Bobby holds his head down. The teacher says, "Billy, I don't think Bobby is ready to go back to work yet. He isn't OK with this solution. Is there a way you can help?"

She facilitates more discussion. The boys decide that Billy will get the truck first, and Bobby will have the timer. They both seem OK with this and anxious to get back to their play.

Keep in mind, in this type of scenario an observer would try to capture as much as possible before the next interaction, but they likely wouldn't have time to record all outcomes. And that's okay! Depending on the scenario, however, some dimensions would be better to sort evidence into than others.

Here are some possible places to put evidence of this rich interaction:

Regard for Student Perspectives 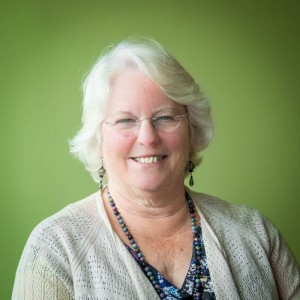 The CLASS Learning Community is a community of teachers, observers, education leaders, and other educators dedicated to helping every child reach their full potential by measuring and improving classroom interactions.

The CLASS Learning Community is a great place to connect with others in the early education field. Members enjoy:

Strategies for Teaching Empathy in the Early Childhood Years

What’s the best way to teach empathy to an infant, toddler, or preschool aged child?

Burnout among early childhood educators is at a whole new level within the last couple of years. Administrators, teachers, observers, and staff feel different levels of burnout, and there isn’t a magic cure or quick fix. On this episode of Teaching with CLASS®, our guest Colleen Schmit returns to the podcast to help educators recognize and work through burnout.

So, you’re dual-certified on the Infant and Toddler CLASS® tools. Congrats! Not only can you observe in Infant classrooms (birth to 18 months) and Toddler classrooms (15 to 36 months), but you can also observe in classrooms that contain a mix of the two age levels. If you are observing in a classroom with three age levels, as there often are in Family Day Homes, check out this guidance.

Observing in mixed age classrooms may seem daunting, but it’s completely doable. If you’re preparing to do Infant/Toddler CLASS observations, read on to get solutions to three of the most common challenges when observing in a mixed-age setting.