We know that one of the most important factors in children and adolescents' success in school is the quality of their teachers—and specifically the effectiveness of the daily interactions that support students' social and academic learning. Today more than ever, teachers need time to learn and reflect on their own professional practice.

At Teachstone, we are driven to help educators get the support they need to provide their students with meaningful and impactful interactions that enhance learning and development. Our evidence-based improvement programs have been used by thousands of educators across the globe. But until recently most research on our gold-standard 1:1 coaching model, MyTeachingPartner (MTP), was conducted by researchers with connections to CLASS® and Teachstone.

A new study conducted by Mathematica, with funding from the Department of Education, provides important evidence that MTP enhances student learning—even after just 5 cycles of coaching.

What Does Evidence-Based Mean?

MTP is one of only a few coaching programs that has evidence to support its effectiveness.  MTP meets the evidences standards for both the What Works Clearinghouse (WWC) and Every Student Success Act (ESSA). This means that not only are the parts and components of MTP based on practices that have demonstrated an impact on student learning and teacher practices, but that the entire program has been found to be effective when implemented with fidelity. Rigorous studies of MTP—in pre-K, Upper Elementary, and Secondary—have demonstrated significant, and meaningful impacts on classroom interactions, students’ development including academic achievement and social and emotional learning.

Before we share more about these findings, it’s important to understand how MTP is different from other coaching models.  MTP supports instructional leaders who partner with teachers in ongoing, collaborative relationships as they examine, through video footage, their day-to-day interactions with children. Research demonstrates that teachers participating in 1-on-1 video coaching engage in more effective interactions with students, which in turn increases student learning and development.

In the most recent study, released by the U.S. Department of Education in June 2022, MTP had positive impacts on students’ academic outcomes, especially for novice teachers and teachers who scored in the bottom third of classroom interactions The project worked collaboratively with almost 100 schools and 353 4th- and 5th-grade teachers to evaluate the effectiveness of MTP.  In some schools, teachers received eight cycles of MTP, while another group of schools received five coaching cycles, and a final group of schools served as the comparison and did not receive MTP.  The study team gathered student achievement, CLASS scores, and fidelity of implementation data.

Unlike other studies of MTP, impacts were not detected on teachers’ classroom practices nor for receiving eight cycles of MTP. The reason for these inconsistent findings was hypothesized to be related to the pace needed to participate in eight cycles which left little time for teachers to implement new practices in their classrooms. It is also possible the sampling of classroom practice was not robust enough to detect changes in practice. Additionally, teachers receiving MTP (both five and eight cycles) reported changing their classroom interactions because of feedback from their coaches, but no shift was detected on the CLASS at the end of the school year. Given that some of these findings contradict prior research, additional research is needed to best understand the mechanism for impact on student outcomes.

The findings of the study reinforce the effectiveness of MTP in terms of student outcomes, especially with novice and those with weaker classroom practices at the start of the study.  Evidence provided by other MTP studies in PreK and the secondary context demonstrate the impact of the coaching program on instructional practices, as well as students’ social and emotional development. Read the report for the most recent MTP study.

To learn more about how to provide MTP coaching or other improvement programs to educators you work with, contact your CLASS Success Team today. 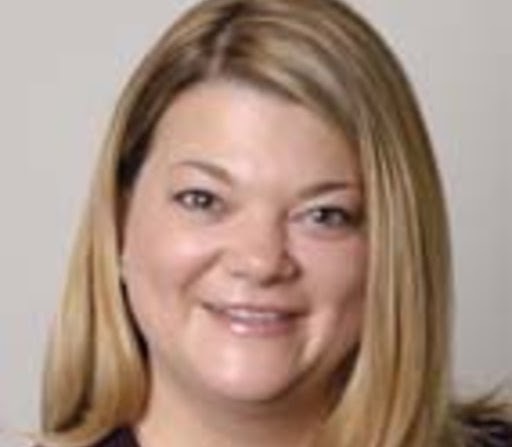 Can we talk about structure? When CLASS® entered my life, I was 20 years into my career in the field of early childhood education. What I remember most about that initial training, besides the nervousness about an impending reliability test, was a sense of relief. Structure, including state and program standards, curriculum, materials in the classroom, and approaches to childcare and pedagogy, had dominated my working hours. CLASS was a lot to learn, but for me, it was a breath of fresh air. Observing with CLASS meant I could set aside my obsession with all things structural, which encompassed my thoughts every time I walked into an early childhood classroom.

Imagine classrooms filled with children who are comfortable taking risks, sharing ideas, and working cooperatively with their peers. Can this become the norm in classrooms across the nation? Yes, because this is what consistent and effective Teacher Sensitivity (TS) cultivates in the classroom. Research tells us that teachers who are aware of and respond to each child, supportively facilitate the ability of all children in the classroom to explore actively and learn.

Read More
Which Evidence-Based Coaching Support Program Is Right for You?

Which Evidence-Based Coaching Support Program Is Right for You?

If you've ever been through a CLASS Observation training, you are probably familiar with the graphic below. Research tells us that improving teacher-child interactions is a process that includes many pieces.

The first step is to identify a teacher’s strengths and opportunities for growth, which can be done through a CLASS observation. Once you have this data, you can share it with teachers through a formal report, a face-to-face conference, or a feedback session. You’re off to a great start, but now what?

Using Self- and Parallel Talk to Enhance Communication Skills

Educators learning about CLASS® are asked to narrate their actions and sportscast their children’s experiences in order to support and encourage healthy language development. Hearing this, many may wonder, “Will people think I’m weird if I start talking to myself in the classroom?”

The answer is no. Self- and parallel talk are beneficial strategies for educators to engage in because they strengthen language rich environments and enhance vocabulary development, all while supporting effective relationship building between teachers and children.