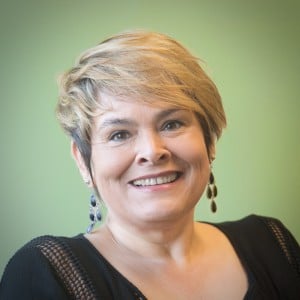 Tracy has over 20 years experience in the field of Early Care and Education. After she completed her BA in Elementary Education Tracy quickly learned that her true passion was working with the very young. She has taught Toddlers, PreK, Kindergarten, and First grade. She has also been a center director and a Technical Assistant with a Child Care Resource and Referral Agency. And now as a Teachstone Trainer she teaches adults. Tracy trains on the Infant, Toddler and PreK Class tools as well as Instructional Support Strategies and Feedback Strategies with the occasional Toddler Train the Trainer thrown in the mix. Tracy lives in Alexandria, Louisiana.
Posts by Tracy Jones
A 30 Day Video Challenge

I have a confession to make—I'm a social media junkie. I had to go through a 12-step program to cure my Facebook habit. I had a short relapse, but I was able to kick it again. I tried Twitter years ago, but that just wasn't for me. Pinterest is just straight up evil. I've planned two weddings, a total remodel of a home, and a trip to Hawaii. None of these things is ever going to happen, but Pinterest has robbed me of about 400 hours of time that I put into these nonexistent projects.  Instagram is one of those things that I can take or leave.

Read More
These Boots Were Made For Training

These Boots Were Made For Training

Boots—I’ve always had a love for them, or at least since 1966 when Nancy Sinatra put out the song, “These Boots Are Made for Walkin’.” I think my first pair of boots could have been classified as the “go-go” variety. They were white vinyl slip-ons, and they were always falling down to my ankles like a pair of loose athletic socks. I’ve had many pairs of boots since then. But last year I asked for my first pair of cowboy boots. It was love at first sight. They fit like a glove, not loose athletic socks. I can train all day in them. I can run through airports in them. I can dance the night away in them. Cinderella was right. A pair of shoes can change a girl’s life. Believe it or not, a pair of shoes or even an outfit can make or break CLASS training.

A CLASS Fairy Tale (of sorts)

If she could have tabbed the page where the Barbie Dream House was located, she would have! Read on to learn how our CLASS Specialist, Tracy Jones, likes to introduce the CLASS manual in her trainings!

Once upon a time, not so very long ago, there was a beautiful little girl named Tracy. She had big brown eyes and dimples, just like her daddy. At the beginning of every October, Tracy would race home every day after school to check the mail. She was waiting for two things that were very special and only arrived by mail once a year: The Sears Roebuck Christmas Catalog and the J.C.Penney Christmas Catalog!

I have a confession to make. I loathe football. Yes, it’s true. I have spent my life surrounded by football-watching brothers, cousins, sons, and husbands and I don’t understand the first thing about it. I live in Louisiana in the heart of SEC territory. I truly cannot count the number or types of football games I’ve been to: powder-puff, flag, pee-wee, high school varsity, junior varsity, college, arena, professional, and even a prison game! I still know nothing about the game except that I yell when everyone else does and I love the New Orleans Saints (due to a childhood, okay, adult crush on Archie Manning).

I, like so many others, suffer from anxiety. When I first started training full time for Teachstone, the anxiety I suffered the day before CLASS training was almost debilitating. After nearly two years of full-time training, I still have pre-training anxiety, but I’ve learned a few tricks to help me cope. Maybe they’ll help you too.

Tracy's Training "Stuff": The Best Supplies for a CLASS Trainer

A few years ago (okay so maybe it’s been a few decades ago), the great comedian, George Carlin, did a comedy routine about “Stuff.” If you have never seen it, check it out on YouTube and if you’ve seen it, but it’s been a while watch it again. It’s still funny and it’s still true.

Read More
What Does Steve McQueen Have to Do with Cell Phone Rules During Training?

What Does Steve McQueen Have to Do with Cell Phone Rules During Training?

Times have changed. Not so long ago, my middle son, Bachelor #2, and I were watching an old Steve McQueen movie. I think it was Bullitt, the one set in San Francisco. McQueen enters a restaurant and asks for the phone and phone number. He then places a call (on a rotary dial phone) and tells the person on the other end that he can be reached at that number for about the next half hour. He then returns the phone to the hostess. My son looked at me and said,” What the heck was that all about? Was it a code or something?”

Ahh such a baby, I had to explain to him about life prior to cell phones. I told him that a long, long, long, time ago people rode in cars without seatbelts (not to mention children without car seats), smoked on airplanes, and drank water from the tap. These same people depended solely on landlines for communicating via phone. His response, “Guess y’all didn’t get out much back then, huh?” I told him not very often. It took too long to hook up the horse and buggy. He didn’t get it. By then there was a race scene to get back to in the movie. A lot may have changed since Bullitt was filmed, but Steve McQueen race scenes have endured the test of time.

What does this have to do with CLASS? Well not too long ago I was facilitating a training, and I was really wishing for the good old days when people didn’t have phones in their pockets or on their laps.

Top 10 Teachstone Blog Posts to Share with Your Participants

My life was forever changed on May 20, 2015. That was the date of the last episode of The David Letterman Show. I was not just any David Letterman fan. I had been watching him since I was a little girl. He started out on game shows and even had a morning show on NBC when I was just a kid. I’m not exactly sure why I like him, aside from his sense of humor. Maybe it is because we both have a gap between our front teeth, or maybe because we share a love for meditation, or perhaps it’s because we both enjoy a good stogie once in a while. So in homage to David Letterman here are the Top Ten Teachstone Blogs that as a trainer, I find helpful to share with my participants.

Does anyone remember the song The Name Game? It was recorded by Shirley Ellis way back in 1964. The lyrics were really catchy: “Shirley! Shirley, Shirley bo Birley Bonana fanna fo Firley fee fy mo Mirley, Shirley.” Anyway, that’s how the song started and it continued to make rhyming words with names. To this day I can remember every one of the names in that song. But, when I conduct a training, I struggle to learn the names of my participants. Here are a few tips that I use that might help you too.