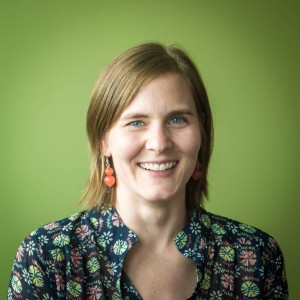 As the Senior Specialist for Coaching, Vicki supports coaches and specialists in the MyTeachingPartner (MTP) program. Whether it is helping coaches individualize feedback for their teachers or developing coaching curricula, Vicki uses her skills to research and implement innovative ways to address teachers’ professional development needs. When she isn’t at the office, Vicki enjoys hanging out with her daughter and hubby, exploring Memphis (blues, anyone?), and going to dance or yoga class.
Posts by Vicki Kintner-Duffy
My Little Rant About "Academics"

Read More
What Does CLASS Have to Do With Disciplining Children?

What Does CLASS Have to Do With Disciplining Children?

“...even though today's teachers are trained to be sensitive to "social-emotional development" and schools are committed to mainstreaming children with cognitive or developmental issues into regular classrooms, those advances in psychology often go out the window once a difficult kid starts acting out.” —  What if Everything You Knew About Disciplining Kids was Wrong?

We all know that Concept Development captures how teachers promote children’s higher-order thinking skills. We can define the indicators and give examples of the behavioral markers. We can identify when teachers are using types of interactions. We can even help teachers take an engaging lesson plan and find some ways to incorporate effective Concept Development into the activity.

Is Your Professional Development Effective?

As a first-year preschool teacher, I would wake up early one Saturday every month to attend a teaching workshop at a local college. Some of these workshops provided me with new activities and materials to use in my classroom. Others, however, left me wondering why I woke up so early and how I might incorporate the information into my classroom in meaningful ways. And I still found myself wanting help in the place I needed it most: my daily interactions with the children.

We spend a lot of time at Teachstone thinking about teachers—pre-service teachers just starting to learn about classroom interactions and in-service teachers who have years of experience but are looking for ways to improve their practices. We ask ourselves questions like, “What do teachers need to implement effective interactions in their classrooms?” and “How can we support such behavioral change in teachers?”

What Does QRIS Mean for Your State?

Recently, a Science article assessing over 600 centers in multiple states highlighted that current ways of assigning quality ratings in Quality Rating and Improvement Systems (QRIS) may not differentiate quality levels or predict important child outcomes. In light of that study, it is important to think about how the findings relate to individual states and their systems of quality measurement.